Labor Day originated in Toronto, Canada in 1872.  Labor Day began as a demonstration demanding rights for workers.  Today, Labor Day is celebrated on the first Monday of September in the United States, Puerto Rico, and Canada. Today, we celebrate Labor Day to honor the American worker.  It is a yearly national holiday dedicated to the social and economic achievements of all the hard efforts workers have made to the strength, prosperity, and well being of our country. 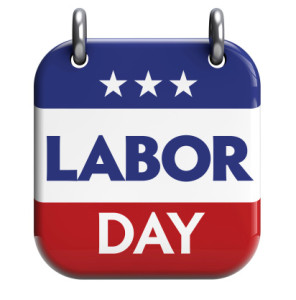 New York City was the first city in the US to celebrate Labor Day. The first observance was Tuesday, September 5, and the city celebrated by hosting a parade where it is estimated that 10,000 New York City employees participated in the celebration.  Prior to this day off, workers only received time off for Christmas, the Fourth of July, and every other Sunday.  Today, we are honoring 155.7 million workers in the American Work Force with family, friends, and festivities.

The Labor Day proposal was initiated by the Central Labor Union where they appointed committees to plan and implement the celebration. While it is clear that the initiative began in the Central Labor Union, the true founder of Labor Day is still up for debate.  Some believe that Peter J McGuire, general secretary of the Brotherhood of the Carpenters and Joiners and co – founder of the American Federation of Labor was the founder of Labor Day.  McGuire wanted a day to honor those “who from rude nature have delved and carved all the grandeur we behold.”  Others believe that Matthew Maguire was the originator of Labor Day. Maguire was the secretary of Local 344 of the International Association of Machinists in Patterson, NJ and secretary of the Central Labor Union in NY.  Recent studies lean toward Maguire as having founded the holiday.

Oregon passed the first bill to make Labor Day a holiday granting all workers the day off work.  In the same year, four more states passed similar legislation to celebrate achievements of the American worker.  The Legislation for the “working man’s holiday” spread and by the end of 1890 eight states had adopted similar holiday provision as urged by the Central Labor Union.  The legislation continued to spread until it became a national holiday.

President Grover Cleveland and the US Congress pass legislation making Labor Day a national holiday in 1894.  At the time that 31 states had passed individual state legislation for Labor Day.  The original proposal for Labor Day was a street parade to show the public “the strength and esprit de corps of the trade and labor organizations” of the community.

Labor Day marks the end of summer – children return to school, temperatures begin to drop, and football season begins.  Traditionally, in high society Labor Day signified the last day that it was acceptable to wear the color white and would remain unacceptable until Memorial Day in May.  Labor Day is known as the third largest retail sales day because of the large number of available customers that are able to shop.